Abortion in Pill Form: The Future is Now!

Finally, the abortion pill is here. After years of bureaucratic hold ups and delays, Health Canada has approved for use in Canada a drug that millions of people have been taking safely in dozens of other countries for quite some time.

RU-486 (as it is commonly known in the States) is actually two drugs - mifepristone and misoprostol. Although they talked to some anti-choice ding-dongs, CBC does have a pretty good run down of what it is and how it works here:

RU-486: What you need to know about the recently approved abortion pill

What is so great about this in a Canadian context is that this is a big, spread out country, and a lot of the problems around access to abortion have to do with rural isolation and the lack of facilities, causing people seeking abortions to have to travel long distances to access them. Having the medication available means that abortion can happen outside of a clinic or hospital setting - namely, in your doctor's office.

It's not perfect, of course - people without family doctors OR access to a clinic/hospital, or people with anti-choice doctors will still be stuck. Ideally we should fight for Canada to follow the WHO recommendations mentioned in the CBC article, to allow providers other than doctors to provide the pill. In my opinion it is ridiculous that nurse practitioners cannot already provide surgical abortions, honestly.

Regardless, this has been a long time coming and it will definitely change the landscape of abortion provision in Canada. As always, though, there is work to be done. 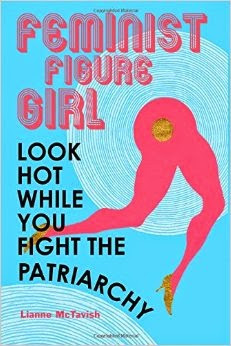 So Many Things Left

Still here, still angry. Still too cynical to tell y'all my in depth feelings about recent developments. I am currently reading Olivia Chow's memoirs and the message I am taking away is the same that permeated Jack Layton's last letter - hope is better than fear. I am trying to be loving, hopeful and optimistic. I am not always succeeding.

Today the announcement came that a new clinic is opening in Fredericton. I am genuinely happy that underserved populations will be seen - prioritized, in fact - at this clinic.

I am hopeful that those who care about abortion and reproductive health care in New Brunswick - myself, as always, included - can now turn to the real work of organizing for universal access, and for the complete repeal of all anti-choice rules and regulations.

I have a postcard, sent a few years ago by a dear friend, now displayed (perhaps unwisely) in my hall. Last time I wrote, the chant 'The system isn't broken, it was built this way' echoed in my head. Today it is the words on the postcard that I hear - 'There are so many things left to do'.

I am working on making this an optimistic and hopeful message to myself.

Apologies for the vagueness of this post.
Posted by The Pedgehog at 8:39 AM No comments: